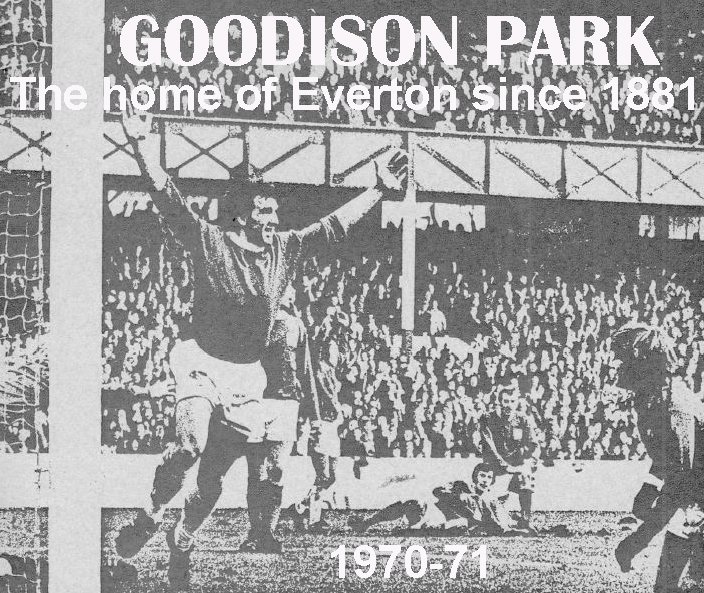 The players visiting Goodison Park are in the middle, in the end or start of their careers and the speaker is announcing their names for the homecrowd. This is top football in a class of it´s own. It´s world class in the worlds best Leauge.

That´s the perspective you shall have while viewing this page.

Over 450 people were involved in activities at goodison this season. In this page you´ll find presentation of 320 opponent players in First Division, 58 players in FA Cup-ties at Goodison and 48 players presented in visiting European Champions Cup teams.

The Everton-staff includes 25 persons, all important people to run the business at Goodison.

The men with the whistles are not forgotten, this term 25 different referees officiated the 28 games played between 15th August 1970 to 9th May 1971.

At Goodison Park in 1970-71 season there was all together 28 home games including 3 European Champions Cup-ties.

The Everton-staff includes 50 persons, all important people to run the business at Goodison.

This page includes all home match day magazines and a photo gallery with pictures from the seasons matches.

Player Parade for each opponent player are written by Alan Williams, Daily Express.

Just click on the programme to see what Alan Williams, Daily Express wrote about the visiting players at that time.